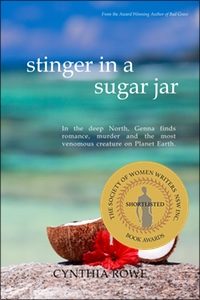 My best friend stole my boyfriend. Which left me hanging out with studyheads and brainiacs – one of the reasons my eighteenth birthday verged on the pits. You see, the studyheads were doing what they liked to do best. And first year university mid-terms were just around the corner.

Namilly, my mum, was in bed with the flu. So I rocked on down to Acropolis on the Highway with my second-best friend, Hetty Geiger (brainiac, but also wicked), for a celebratory bite to eat.

“Don’t forget I’m raw vegan,” I said, hitching up my new mature-age calf-length skirt—a gift from Namilly, together with the usual bottle of Miss Dior.

“He-llooo? Moussaka is cooked!” A wave of angry French perfume wafted about my head. “You simply don’t get it, Hetty. Like, I said—raw vegan!”

“There’re dips.” She flicked her Indian plaits back over her shoulders. “You can fill up on dips, while I pig out on the lamb.” Then, “You are so difficult, Genna Perrier. Why don’t you lighten up like the rest of us, and eat meat?” She glared at me through her black-rimmed, oversized nerd glasses.

“I’ve tried meat,” I said. “I ate bougna in Nouméa, but the lot went down the toilet.”

“Jeez, Gen, you are so gross!” Hetty was the only decent friend I had, the one person I could joke around with since Win Winstone hooked up with Stefan. “Have dips then, and a Greek salad. Sans fetta.” Hetty spoke French much better than I did, despite my origins, and received an excellent ENTER score for the language in her Year 12 final examinations.

We tucked our knees under the waxed, garlic-smelling tablecloth.

After opening Hetty’s rite-of-passage gifts—an Australian Electoral Commission enrolment form, a pre-paid driving lesson voucher and two yellow L-plates—I hoed into my Greek salad, picking the cubes of fetta out of the iceberg lettuce and arranging them on the rim of her dish.

Stefan Becker and Win, snogging at a corner table at the back of the restaurant (café, really), ignored me. They were so hot for each other it was embarrassing. Win—back from tip-rat to being supercool after her mum, Alice’s, death—was busy stuffing olives in Stefan’s mouth between kisses. His face went as red as his hair as he kissed her back, thereby transferring the pip into her mouth. Win flicked back her ice-blonde locks, spat the pip on his plate, and they both fell about laughing. And began to kiss all over again.

Hetty must’ve seen my hurt. She nodded to Spiro who wobbled out of the kitchen carrying my cake—shaped like a carrot and composed of compacted raisins and coconut, with a fringe of raspberries—on a marble platter.

Shovelling cake in my mouth and feeling a thundercloud bearing down on me like a vast blanket over my future, I felt my mobile phone shimmy in my pocket. Wriggling it out, I pressed Show. One text message sat there:

My heart did a little jig. This was my coolest present so far, an SMS from Roch Colline—the guy I called Rocky—wishing me a happy birthday and wanting to know when I planned to visit him.

I considered my response.

Hetty leaned across the table. “Who’s the text from?”

I decided not to confide that Rocky was the groovy Kanak kava farmer and freedom fighter I’d met during my stay in New Caledonia . And I wasn’t about to tell her he had the most amazing sculpted lips.

“No one you’d know,” I said, “just a guy who was forced to move from New Cal to the village of Kooracoondoo in Far North Queensland, um, a few months ago.” I also decided not to say his Peugeot had been destroyed in a car bombing.

“You’ve got ver-y secretive since you went on that work experience trip to thatPacific island,” she said, chewing on one of my fetta cubes. “Sometimes I feel you’ve become different. And, well, that hairstyle also doesn’t help.” She pointed to my dreadlocks, tied back with a fresh ribbon for the occasion. “Where’s Kooracoondoo, anyway?”

“Sort of. Sandrine’s on the Northern Beaches section of the Marlin Coast .”

“Sounds to me as though the two places are not very far apart.” Hetty pushed back her chair. “Well, I’m off outside to roll myself a chop-chop cig, while you compose your reply to your new friend.”

She pulled out her pouch and Tally Ho papers.

“It’s only chop-chop,” she said, pointing to her pouch, “Mrs B’s el cheapo illegal loose stuff from the Zabaglione Woollen Shop. And I did not spike the contents of the cliplock bag you took on your trip, despite what you may or may not think.”

I started to tap out my reply to Rocky’s SMS with my thumb:

As I pondered on how to say the plane ticket was too dear—without sounding like a loser—my mobile phone began to ring.

Sandrine’s partner, Claude, whom I’d met once, was on the line.

“Bonjour. I ring for Sandrine,” he said. Had he rung to wish me a happy birthday? “She needs very much to see you.”

“Is the illness serious?” There’d been no communication with Sandrine Bas Salaire de Lyon since she briefly spoke to me in New Caledonia , and I wasn’t in the mood for guilt trips that evening.

I could hear the two of them arguing.

Sandrine came on the line. “Claude is fussing. It’s nothing, only problems with my eyes.”

“What sort of problems?”

“They’re dry,” she said. “By the way, the one-bedroom apartment is still vacant if you wish to use it. Situated between Coral Cove and Urupu Point, Glisten Beach is very pleasant-”

“Look, I’m busy with my French classes at South Central Community College , like assignments and stuff,” I said. “I’ll think about it. But I don’t really have enough money to buy a ticket, and it’s kinda expensive.”

“I will pay for your ticket,” she said. Still not having mentioned my birthday, it was clear she’d forgotten.

“I’ll see.” I gouged a raspberry pip from my front teeth.

I was about to press the Off button when Sandrine said: “Joyeux anniversaire!”

“So, you did remember!” My eyes were watering from the pungent odour of Hetty’s rollie seeping under the Acropolis’ front door—and no way was the sweet smell just chop-chop.

“Of course I remember the day you came into the world! How could I forget crying my eyes out because your father wasn’t with me?”

She did not reply. The word ‘eyes’ bothered me. Was this some kind of weird, not so subtle, hint? I recalled Namilly telling me Sandrine’s mother—my biological grandmother—went blind not long before she died.

My fingers felt sweaty as I pressed the Off button. Was Sandrine about to die? My stomach knotted. And then I thought about her signing the Procuration document, giving up her maternal rights and handing me over to Namilly’s care all those years ago. She didn’t deserve my sympathy.

Then again, perhaps I should fly up and see her.

Hetty tapped me on my shoulder. “What’s wrong, Gen?”

Her face fell. “Oh no, that’s not fair! You promised to join me on Catch a Carp Day, at the stream running to the foreshore. The growling grass frog so needs your help from the predatory carp!”

“There’s another sort of frog needing my help,” I said, “and not from the carp, but some mysterious hereditary eye disease.”

Delighted to have my haiga published in Black & White Haiga/Haisha. Thank you, Lavana! https://t.co/zoSRSr8yXT 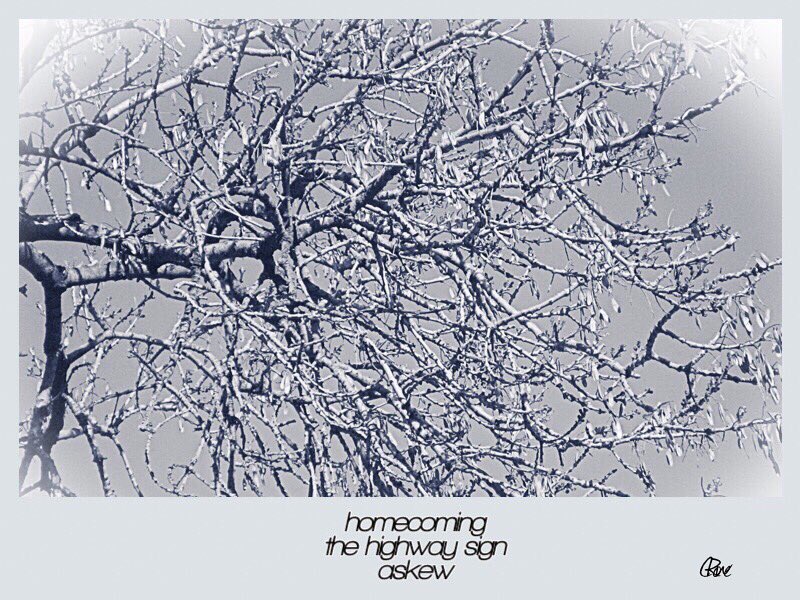 2 8
Published in Windfall Issue 8: CrocWatch— a saltie wallows in the shallows