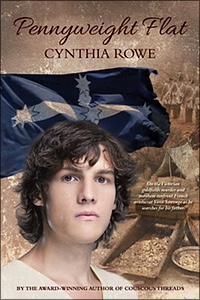 Inside the Red Boulder Hotel the atmosphere was thick with brogues and the patois of many nations. Yann’s throat was as dry as the landscape outside, but until he was paid he had no shilling for a sour beer. A drink of water would have to suffice, a clean one that didn’t bring on dysentery. First he had to find William Bass, the innkeeper—and his employer.

The barman slopped Old Tom gin into a smeary glass.

“Is Monsieur Bass ’ere?” Yann shouted above the din, lowering the neckcloth over his face to reveal dust-thickened lashes. “I ’ave somesing for ’im.” He stroked the tail of the Tonkinese cat perched on his shoulder.

“Oh, the great Napoleon’s grandson, no less… although some mightn’t believe it.” Barnaby jerked a forefinger in the direction of the cellars. “Down below!”

Ears burning with indignation, Yann Sauvage scurried down the steps. He was the grandson of the former Emperor of France, on his mother’s side, and his father was also well-bred. Jean-Paul Sauvage had been a lieutenant in the great man’s army before deserting.

Upstairs in the bar, a fiddler started up and Yann could hear raucous shouts, snatches of song. Diggers commiserated with each other for having failed to unearth anything that day, consuming alcohol to make them forget the toil and the dashed hopes. Homesickness? Yann, too, suffered from mal du pays.

Cyrano’s claws dug into his shoulder. The animal oozed tension, shivers of apprehension. Cyrano knew something was afoot in the multipurpose cellar. Like Magali, Yann’s mentor, who had accompanied him on the long voyage to the Colony of Victoria, the Tonkinese cat had the sixth sense.

The sole of Yann’s shoe caught on the splintered wood of the last step, threatening to catapult him into the dankness. Little light shone down here. Water dripped. A candle flickered in an alcove carved into the sandstone wall, forming shapes like the ghosts of the day’s burning. Ignoring the pain from his blisters—worse than usual after the trek from the newspaper office—he regained his balance. The flame sputtered from the wick, slowed and then surged again. Yann could hear raised voices, one of them William Bass’s.

His employer rarely argued. Bass was an even-tempered man who read poetry in his spare time. Yann had seen him count syllables with his forefinger, the tip of which had been severed by a machete-wielding digger. So why was William Bass annoyed? It took a lot to push him into a temper. His rage was usually reserved for the fortune hunters who unlawfully wielded a pick in the grounds of the Red Boulder Hotel.

The noise seemed to be coming from the vault where the gold was stored.

The speaker had an accent, a French accent, and a frisson ran through Yann. He should have been glad to hear the familiar tones of a countryman, but he had learned to be suspicious of others’ motives. He lived in fear of the Saint-Simonians, whom he suspected of having murdered his mother. Some said Yann’s father had fled to the Colony of Victoria to escape the clutches of the Saint-Simonians. Others said Jean-Paul Sauvage was heartbroken by the death of his wife and wished to be as far away from France as possible. Yann had vowed to track his father down, and discover the truth.

He cringed back into the alcove, pushed his body behind the flame to ensure he could not be seen if the Frenchman emerged. A thought shot through his mind: Would it be more prudent to retreat, go back up the stairs? His sheathed dagger, its handle carved with the Napoleonic eagle and weighing against his waist, reminded him that he was well-protected should he have to defend himself. And just last week, Magali had presented him with a cut-throat razor. An added weapon, if necessary? If he’d had sufficient coin, Yann would have purchased a pistol. Or a rifle. Most men on Forest Creek carried a rifle.

Doubts whirled in his head as the argument continued, louder now, the words more strident. Yann attempted to blend into the pale rock. If only his hair was not so dark. Even the sooty points on Cyrano’s off-white body—ears, nose and the socks of his feet—were more pronounced in the stuttering light.

A shout came from upstairs in the bar: “There’s a new Bagatelle Table in the gaming room, delivered today! I’ll wager an ounce of gold to the first to ’ave a go!”

The vault became quiet. Only the faint tap of carpenters putting the finishing touches to the Concert and Assembly Hall on the west side of the Red Boulder Hotel could be heard. Yann went to move down the passage.

Cyrano gave out a low growl. Yann shrank back.

Thwack. Another thwack. Cyrano’s tail thrashed. His claws were now embedded in the fabric of Yann’s jacket. .

The aggressor burst from the vault. As he bolted past, Yann saw he was clad in a striped maillot, tight, like the sailors’ shirts back home. He wore a scraggly beard, as did all men on the Diggings, but he had one identifying feature. A patch of hair the size of a shilling glowed white on the crown of his head.

The cat parted its teeth, preparing to spit. Yann clamped his fingers around Cyrano’s snout. The pair merged as one into the hiding place while footsteps pounded up the steps. The man paused, made as if to turn back, but continued on. The sound of his boots faded.

Was it safe to investigate? Yann wondered.

But that meant passing the morgue, and the idea of dead people sent spasms of uneasiness down his spine.

Failed Haiku Issue #55 out now. Thanks, Mike! scattering his ashes the lifeboat lifts with the tide 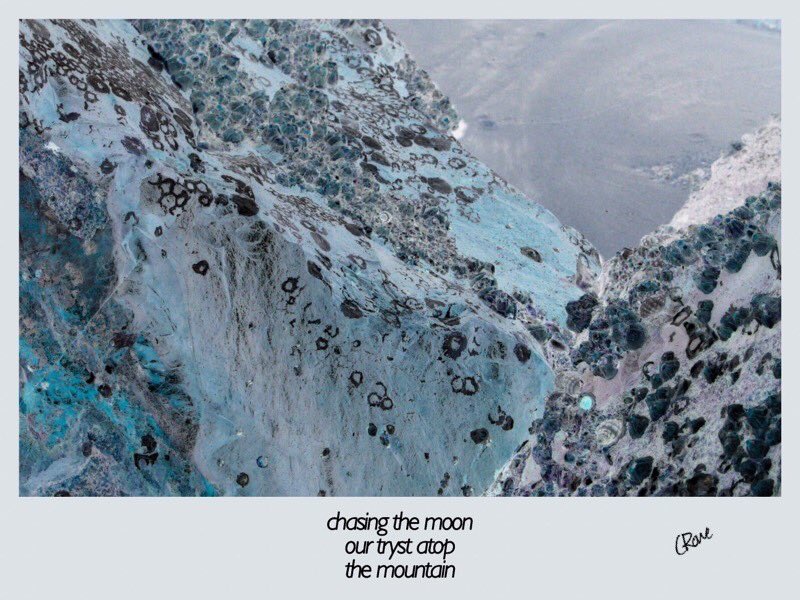 1 2
And also published in Creatrix #49: morning after . . . opening the curtains to a meteor-shower