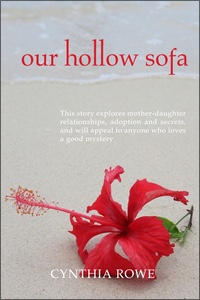 I kept walking. I had enough worries of my own.

I briefly flirted with the idea of ignoring her.

I pushed the looped razor wire of the fence down with my thumb and forefinger, stepped across.

“What’s up? I’ve got zilch time to muck around. I’ve got exams.”

“He’ll die.” Win’s mouth was a thin line, her eyes vibrated with anguish. “His intestines’ll swivel into big lumps with snaky bumps and knitted nodules. He’ll lie down and it’ll be the end, up shlep creek. And I can’t stand the thought of being left with the paddle.”

Her daggy plea had won me over. “Like, I think you mean saddle,” I murmured.

“You mean saddle, instead of paddle.”

“Whatever. It’s all about full-on commitment.” Her face was tight as she handed me the hose. “You can’t let others take responsibility in this world.”

“I’ll control the tap. You shove the water feature in his mouth. Don’t worry if he jerks up. Be firm!” She was off, lecturing me in the way she had the night we sat beside the canna patch.

“Enough, okay? I still have to master the subjunctive. This exercise seems as iffy as my grammatical moods.”

“Would you like to feed Bill Einstein to your dog for dinner?”

“Don’t have a dog. But, if I did, I’d prefer not to feed him Bill Einstein. Ridgy-didge. He’d be too tough.”

Her look was withering. She scurried to turn on the tap.

I jabbed the jelly-shiny plastic towards Bill Einstein. His legs trembled. He lifted and rolled, as if he were standing on the high dive to hell. I wondered if his pins would break. That would really be the end then.

I tried to make a sideways entry. The whites of his eyes began to boogie.

I was imagining my arm in plaster, covered in autographs, my friends moving on to their affy year without me. Crushed by Bill Einstein.

The hose slid in nicely. Shot out again. Twisting from Bill Einstein’s mouth, it swirled and swished across the ground until my T-shirt was drenched.

“Sex-eee,” Win giggled. “Seriously, Gen. This is a life or death situation. Get it?”

I thrust the hose in again. Bill Einstein rolled his eyes, belched, gulped the plastic. Gulped my finger, too.

Blood coursed across my skin. Beneath me, the ground went spongy. The healing fluid flowed down his throat.

“Omigod. Tetanus alert. Have you had your shots?” squeaked Win.

My heart was pattering like the wings of Jack Bradfield’s humungous moth in the moment before it was stabbed in the heart with a fat pin. And I still had all those verbs to finish. I’d be lolling in hospital in a coma for months on end, a massive sign erected on the highway: NO TOOTING PLEASE. And I’d be crazed with thirst, terrified of water.

“I’ve got rabies?” I quavered.

“Jeez, Gen. ’Course not. Not in this country. But we’d better get that wound cleaned. Then you can check your tetanus shots. Like to come in?”

Like to come in? Had Win said that? Was I about to become her come-into-my-homefriend? Was she deigning to invite me?

Now I would see the inside of her house, see its goodies. Asian antiques. Porcelain from Paris. Christofle crystal. Conran couches. Wonderful Waterford. (All those fabbo things purchased by her mother, Alice Winstone, international editor of a fashion magazine.)

“Well,” I said, feeling better already, “if you insist.”

4 21
Failed Haiku #73 out now. Pleased to have my senryu published: holiday souvenir— my boho nut-necklace begins to hatch