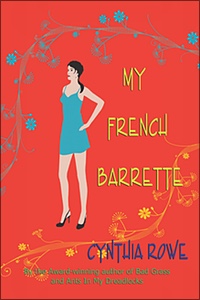 u r invited 2 a Sorry Sit-In, Hetty had said in her text message.

I skidded down the path to the beach, picked up pace and jogged the last few steps onto the sand. The afternoon was chilly and, passing the bathing boxes, I felt a bit iffy about this scheme of Hetty’s. Say sorry to your friends? Didn’t they know, deep down, in their hearts, you never meant the hurtful things you’d said in the past?

Just as well Hetty hadn’t announced the plan on Facebook. Half the hoons in our seaside town of Ravella would’ve turned up to watch, jeer, suck on tinnies (the cans, not the boats) and pull faces. Anyway weren’t we too old for this sort of stuff? I wondered if Hetty was using us as guinea pigs, part of an experiment for her Psych III studies at the University. Hetty Geiger was big on behaviour indicators, nature versus nurture, genetic predispositions … oh, and individual’s innate qualities. Would she be taking notes, handing out forms for us to fill in? Would we be marked, ranked in order? Whatever it was, I’d be sure to fail, I told myself.

I pulled my sweatshirt tighter around my neck. My sneakers crunched the shingle and, after dodging shore boulders, I looked up to see Hetty, Angela and Fat Betty (sorry, Elizabeth—old habits tend to stick like chewy on the sole of your shoe) seated in a semi-circle on the rocks, under the Ti Point overhang.

“Where’ve you been, Genna?” Hetty flicked an Indian plait over her shoulder.

Elizabeth smiled, twirled a blonde strand and said nothing. She wore a thumb ring I’d never seen before.

Eyeing Elizabeth’s long legs stretching forever from her cut-off denim shorts, I envied her elegant figure. On the other hand, I hadn’t spent time in and out of hospital being treated for an eating disorder. Nor did I have a brother who was mentally challenged and living in a halfway house in Kingston—a short bus ride from Ravella. Then again, neither did I have a hunky boat-building boyfriend.

I had a new boyfriend who attended the same University as I did. Aaron was a cute guy with tanned skin and gelled hair but, so far, our relationship wasn’t serious. My only long-term ‘thing’ had been with Stefan. Rocky? I’d heard nothing since his last letter. Pascal Manet, on the other hand, had sent me emails after I’d returned from visiting my birth mother, Sandrine, in Far North Queensland. We’d chatted often, about my studies, my life, but the emails had trailed off in the last few months. And I wondered why.

“Um, I was trying out a new hairdo and the time kinda got away,” I mumbled.

“Not another ’do!” Angela’s curls bobbed about in the breeze. “What’s that, Gen, the fifth, or is it the sixth?” She counted on her fingers. “French plait, dreadlocks, extensions, Tawdry Tan highlights, ordinary untidy … Are you hair-obsessed, or what?”

“Watch it, Ange!” Hetty scowled as I settled beside my friends on a smooth rock, with my back to Port Phillip Bay, thus closing the circle. “That comment almost merits an extra, totally heartfelt, ‘Sorry’!”

Angela Rasmussen twisted the ring on her left hand and sighed, the sort of sigh indicating she would rather be anywhere but on the beach confessing past sins.

“Is anyone else coming?” I asked.

“Only us, the coolest group to ever graduate from Ravella High, hippest on the whole Mornington Peninsula.” Did I detect sarcasm in Hetty’s voice? “You go first.” She jerked her chin at Elizabeth.

Hetty exhaled a long, controlled stream of air. She tapped her gladiator sandals like an impatient schoolteacher.

“Um, well…” After rearranging her toned legs, Elizabeth pointed at me. “I would like to say I’m sorry for being jealous of the way you have a tan pretty much all year round and I’m sorry I perved on Stefan, your ex … who, as you all know, lives across the road from our house and I can see into his bedroom, particularly if he doesn’t draw the blind and it wasn’t fair on you, Genna.” She pulled a lock of hair across her cheek, and into one corner of her mouth. “Um, my current boyfriend, Severn, rather my first boyfriend and only boyfriend so far, has given me confidence and made me realise how childish I was. Um, I’m really sorry if I hurt you.”

My eyes popped. I’d had no idea Elizabeth could see into Stefan’s bedroom and I was pretty sure he didn’t know either. Elizabeth’s father owned the local panel beating business and Stefan’s dad ran the servo. Their parents were close but Stefan and Elizabeth had never connected—not for want of trying on her part.

“Well, um, I’d like to also say sorry for all those ‘wog’ comments Mum made about Genna.”

“That’s not your fault.”

“Yes it is!” Elizabeth was on a roll. “I could’ve stopped Mum. I hate racist comments and I’m really, really sorry, Gen.” She gulped in a breath. “I’m also sorry for calling you a bitch when you misled me, told me to buy a pink slip dress and, instead, you turned up at Stefan’s Christmas Eve bash in that raunchy gear, black and tight and, um, looking torn.”

“Do you accept her apology, Genna?” Hetty was grouchy.

I jumped so hard I nearly fell off my rock. Even the waves lapping on the shore behind me seemed to stop lapping.

“Yes,” I squeaked, thinking about all the disparaging things I’d said about Elizabeth in the past.

“Oh, and I haven’t finished.” Elizabeth set her jaw. “I’m sorry about that ball I let drop in which cost us the match against Eastern Lakes High. I couldn’t concentrate because there’d been all those phone calls about my brother’s neural pathways and him acting up and Mum had gone out and bought more pearls, you know, that ritual she had because he’d pulled on her pearls when he was a baby and the string broke and she slipped on the stairs and dropped him.” Tears filled her azure eyes and, for the first time, I knew she was going to let it all hang out.

The now grey sky had blotted out the watery sun, and still Elizabeth burbled on. We were all sniffing, reaching into our pockets for hankies, when I saw a light turn on in the house on Ti Point.

The light remained on but I could detect no movement.

4 22
Failed Haiku #73 out now. Pleased to have my senryu published: holiday souvenir— my boho nut-necklace begins to hatch